A world of flowers.

Starting to take photos of the flowers around the house has made me realise how many I have. This is kind of part two showing flowers and I still have more to go!

It isn't flowering at the moment but at the front door we have a standard honeysuckle. This was one of the best ideas ever. When it flowers the whole house smells divine. The scent is caught on the breeze and fills the house. I always have the doors open so it drifts through and is just beautiful.

The back door has a plant Andy gave me which has actually never stopped flowering. It is continuous and just keeps growing. I am searching for something to train it over. It greets me as I come home from shopping! 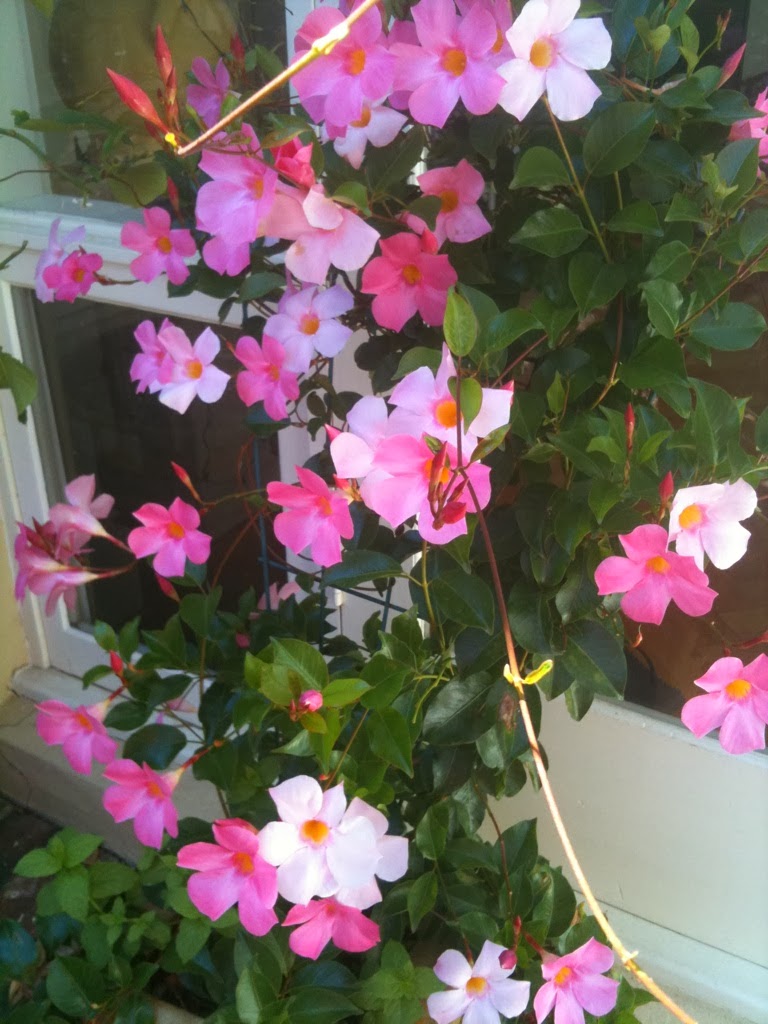 I love the gift of potted flowers as you get such a lot of enjoyment from them.

When we had first moved here one Saturday Andy came home and opened his van and the entire thing was full of flowers. It looked like he was a florist delivery van. I just couldn't believe it! He had seen a garage sale and some man was selling a house full of things and Andy had bought ALL the flowers which were huge arrangements, in vases, of mostly silk flowers. It was hundreds of dollars of silk flowers. Some were daggy and some were stunning ones that I know are often $20 to $30 per flower. He had bought the lot for $15.

I had the best time for days taking it all apart and creating my own vases of flowers. Here is one lot in an op shop vase that I just love. 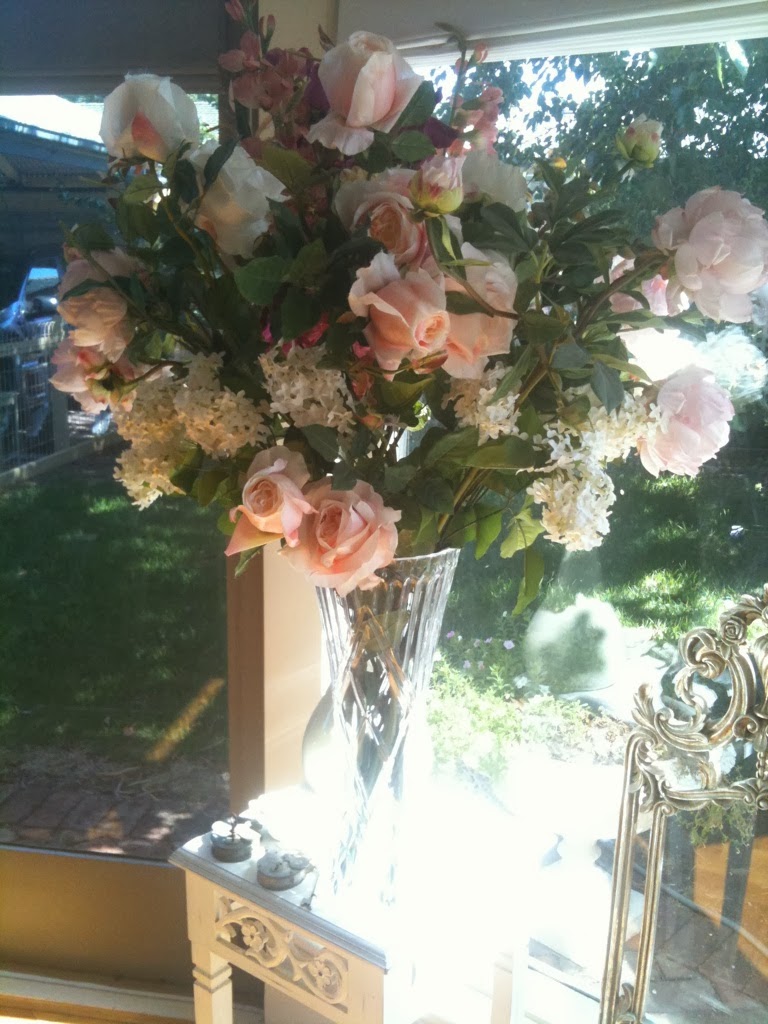 I have managed to fill all kinds of gaps with flowers and some of these arrangements are just huge, this is over a metre high.

I have flower girl baskets to make for Lucys wedding so I am of to our big florist supplier. Can you imagine the fun that is!? I have ideas of things I would love to make.

After going past a florists yesterday I am inspired too. They had some stunning things but so were the prices. A Christmas pine centrepiece was heavily marked down (so they said) but was $199. It was dismal. Almost anyone could do better I think. If we use what we have around us and include greenery as well it's amazing the pretty things we can create and enjoy. I feel like some of my arrangements look expensive but have cost so little!