The World Within our Walls. A proper day off.

When the girls were little we started a tradition of having a complete day off now and then which we called pyjama days.  I think this was influenced by my Mum who always said prevention is better than cure.   Mostly these were on the weekend.  If one of the girls appeared to be coming down with something then it was better to let them rest than to go to school and wait to get actually really sick.   So there were times I made the decision that a day of rest was best.  Usually this followed very early nights and other things but if these didn't work then the next thing was to try a day off.   Sometimes all three of us had these days too.  We loved them!  The kids would stay in pyjamas all day,  play, watch movies, snuggle up, have soup and generally a proper day off.   I would declare "you are having a pyjama day!" and this went over as the best thing ever! 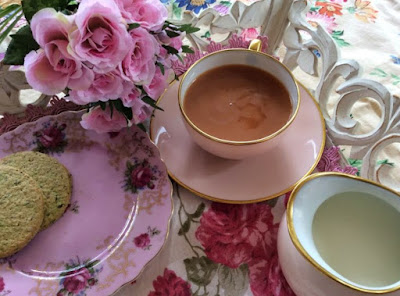 From when the girls first started kindy, then school,  I found out what really overtired children were.  Children that fall asleep eating dinner.... one time Chloe fell asleep and her head fell in her bowl.  Drowning in your own bowl of food is definitely a sign of over tiredness lol.
Times when kids are crying and they don't know why.  Times when adults are crying and they don't know why either!
Sometimes it was just that feeling of being utterly run down or coming down with something.  Sometimes a crisis of some kind that meant really a quiet day would be a very good idea.
For all these reasons we would declare a pyjama day.   And Mum was right, prevention is better than cure. 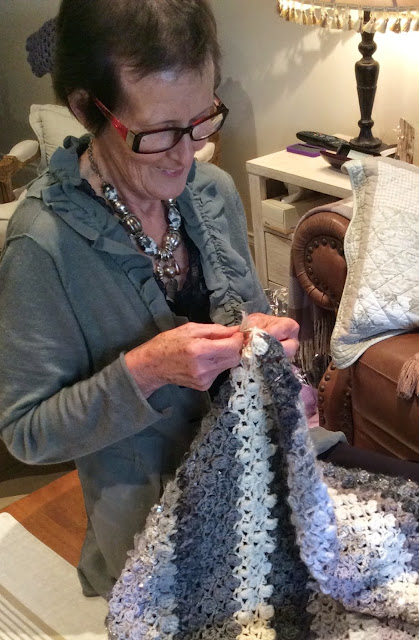 Mum has kept everyone stocked with soft warm rugs. We always have some on the lounge.

There is an awful ad on TV here about someone very sick sneezing, coughing and spluttering germs and flu bugs wherever they go. The ad says "soldier on..." and shows them on public transport going to work enabled by a certain tablet.   Meanwhile they are spreading their bug to everyone around them and getting sicker probably!  I hate this ad and the message!   No! If at all possible stay home and keep your germs to yourself.  Look after yourself and do what you can to get better.
The first time I kept Chloe home from school for a day with sheer over tiredness I felt guilty.  The same when I thought she was just coming down with something.   But the results were so good and I think many times we averted getting really sick or run down.  Over the year it tuned out their school attendance was excellent and they got seriously sick very rarely. 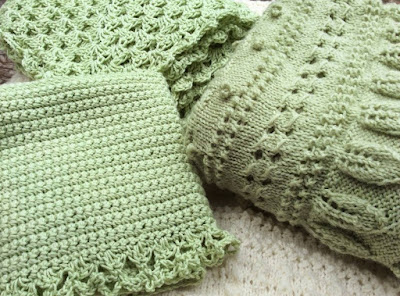 Some of Mums work.
When the girls were little they had pink and multi coloured rugs with sparkles in them.
Mum would put in little knitted pockets for small toys.

I hope I instilled in them that we need to be aware of how we are feeling.  Are we overwhelmed, over extended, going down hill...  should be stop, re assess,  have a rest or get some extra sleep?
We often need an intervention ourselves... it might be the Doctor saying that we need a week off.  Sometimes then we listen, sometimes not! 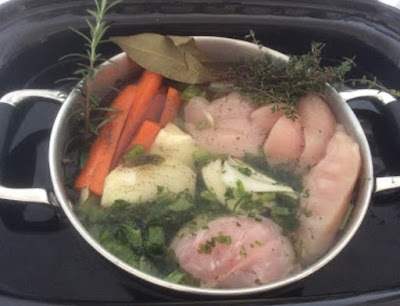 I put on a quick chicken soup.  Lots of garlic is the key for germ fighting!

Now I know there are times and circumstances when people cannot take time off.  The young Mum with several children might never be able to get a break when she needs it... amongst others.  And then there are jobs we fear losing etc.  but I am talking about when we do have the choice and can make these decisions.... there should be no guilt in declaring rest is needed.

People often say I get lots done.  I think I sometimes do but usually it is more the result of keeping at something in small bites and also bursts of activity when I can.  There are days where I just cannot keep going,  have a migraine or just feel too tired,  too overwhelmed.   To me a day off then is my best investment.  Put some soup in the slow cooker.   Drink lots of tea.  Read and write.  This is not a waste.  It is just the most sensible thing to do.

My husband will get very tired and keep going.   He has had tons to do and on Sunday afternoon he said he will keep working on a woodwork project.  I said to him I think he should just have the afternoon off.   And he did. He played music for the afternoon and I could see it did him good.

It is known that we need times of rest for our immune system.  God made no mistake declaring seven days one of which was to be a day of rest.   But many people do not get this day.
I learned a long time ago that if I pace my day and treat it as a job where I get tea breaks and a lunch break then overall I get so much more done.  You feel tired and take a tea break.  Then you are ready to do some more!    I think in the picture of a month or a year taking a day off is the same thing, overall maybe you will actually be more productive.  And sick less often.

These days of rest were times when the home as a sanctuary from the world was so important.   The girls would create a "nest" on the lounge with a blanket and a pillow.  A drink nearby and a plate of nibbles.  They would be so snug and comfy.  The house would smell of something cooking.  Nothing could be nicer and more comforting.   We need this so much sometimes.  Permission to do nothing but be restored. 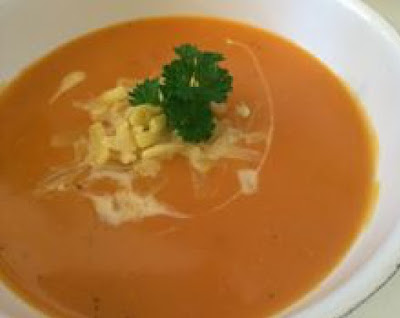 I think a lot of terrible decisions have been made by people overtired, overwhelmed and worn out.  With time to rest, reflect, restore our chances at life are just much better.  This is not time wasted,  it is vital to re charge the batteries.  How often have you re thought something and seen it in a different light after some time to think on it?
Some of my biggest eye opening revelations have come when I have just stepped back and waited for a bit.  Then the penny drops...  something you never saw before becomes obvious.   I credit a quiet day and time out for some of the most important realisations and decisions!

Yesterday I had a day like this!   I planned, made lists, had cups of soup and tea.  Today I am ready to get going and hope to have a great week!

How is your home a sanctuary for the sick,  run down, anxious and sad times?  When I was little Mum would set us up on the lounge with a blanket and pillows, drinks and snacks and I loved it!

Email ThisBlogThis!Share to TwitterShare to FacebookShare to Pinterest
Labels: The World Within our Walls.