I'm dreaming of a sparkly Christmas.

Last weekend I decided to glitter some branches to fill a tall vase I have.  At a florist they asked for $60 for a bunch of sticks. As I bolted for the door I remembered sticks I had from another project and if I added to them I would make do.

I spread the sticks on my outdoor table over newspaper and with a foam brush added glue along them as much as I could. I worked in areas with a tray underneath to catch stray glitter, or most of it. You would not want to do this on a windy day!

It was a bit of a fiddle but I enjoy it so it was ok. Spray glue would be a faster way to do it. I would move the tray along, scoop out the fallen glitter and re use until I had fairly well covered branches. Really you need a few patches of glitter per stick, not total coverage.

You could also use small beads, crystals, anything sparkly for this. 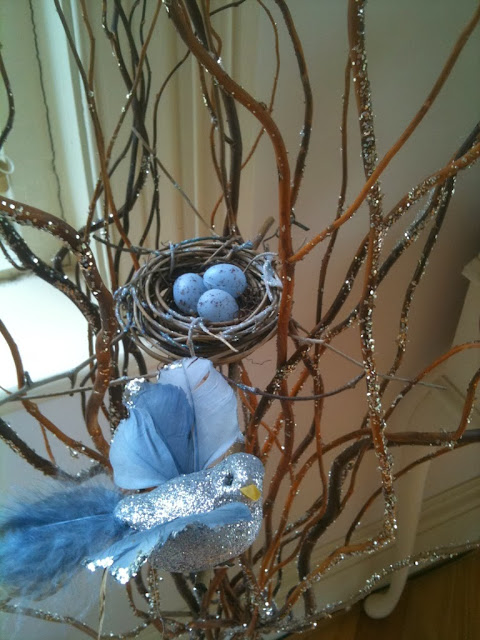 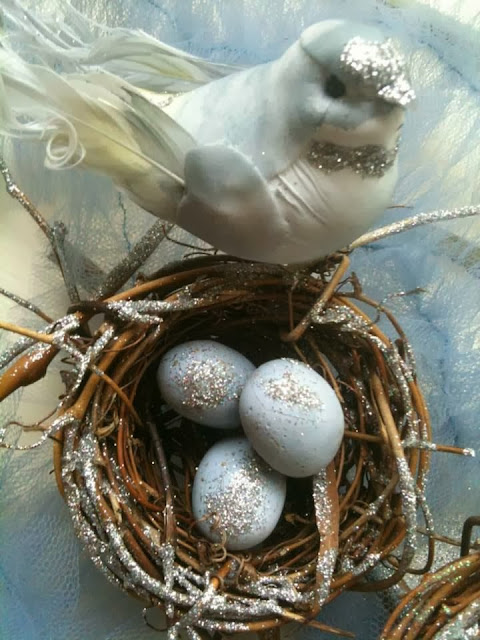 The birds are new Christmas decorations and were about $2 each. They clip on anything and looked right size wise too. Two nests are for the Christmas tree on Sunday when we put that up.

it's an example of how a little glitter turns ordinary items into Christmas decorations. You can make gorgeous displays for so little. The nests would be a lovely project for kids home from school, they would have great fun with this.

My vase of sticks looks much better than a vase of sticks sounds! It sparkles so much near a window and looks so pretty. And my little bird seems to be happily nesting away in her sparkly nest! 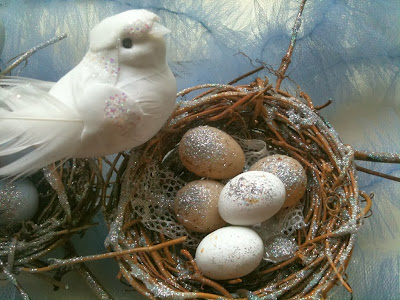 Email ThisBlogThis!Share to TwitterShare to FacebookShare to Pinterest
Labels: Christmas.