One of the nicest things after a trip away is unpacking my op shop treasures. Part of it is just having fun going exploring and looking. You also meet amazing people! The next part is actually finding things I either have been really wanting or dreaming of, craft things I can use or things for gifts etc. I kind of found something in each category in Tumby Bay. 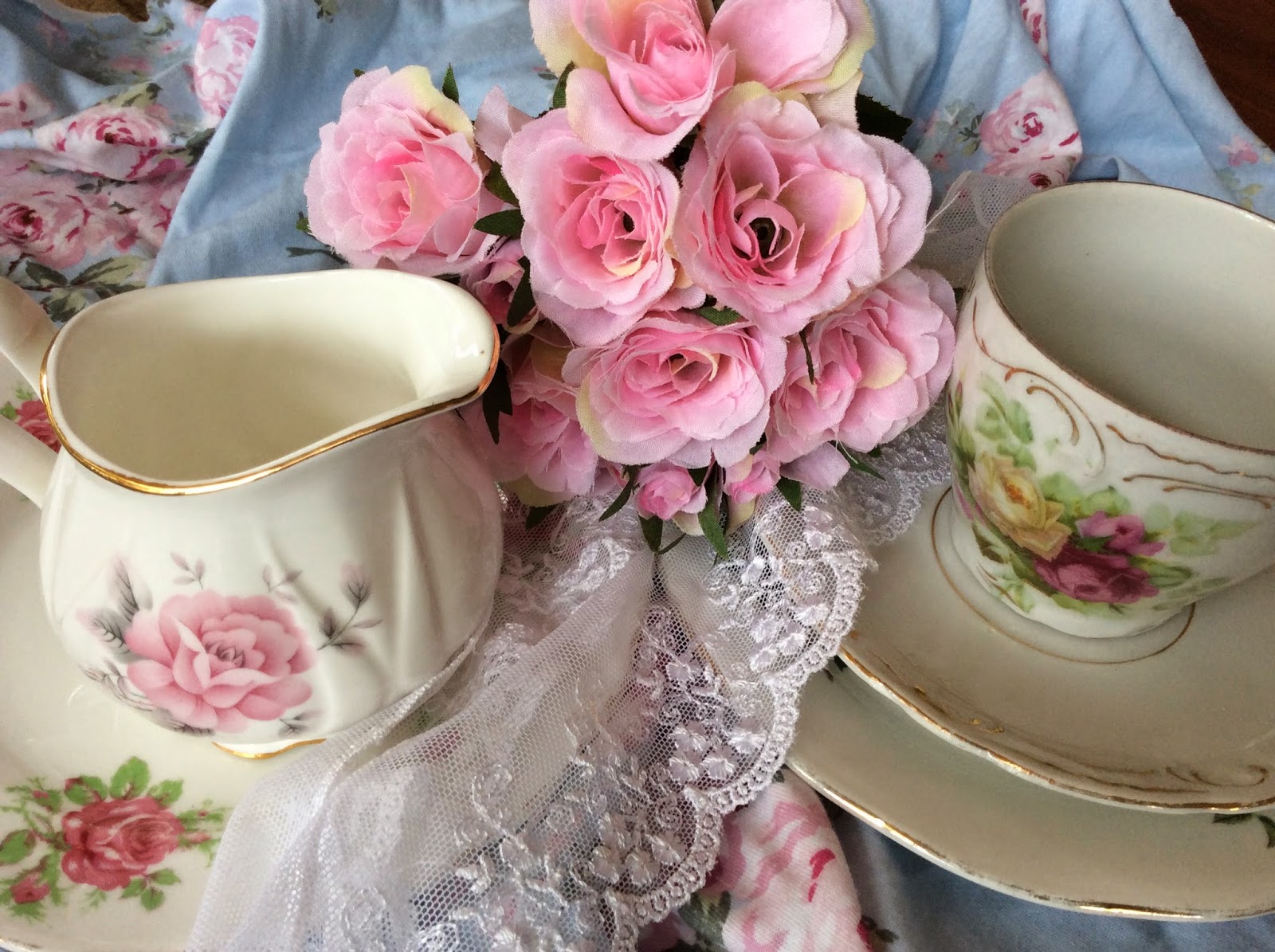 Also I found bits of lace, sewing things, a pyrex measuring jug (love) and non sick loaf pans, individual size.... 50c then magazines to read (double love) and a big book of flower images. I grabbed it for $1 as I could see it had gorgeous roses in it. But at home I see it has HUNDREDS of images I can use for cards, gift bags and gift boxes. I'm so happy with that. I'll have a wonderful time. This is the kind of image throughout... 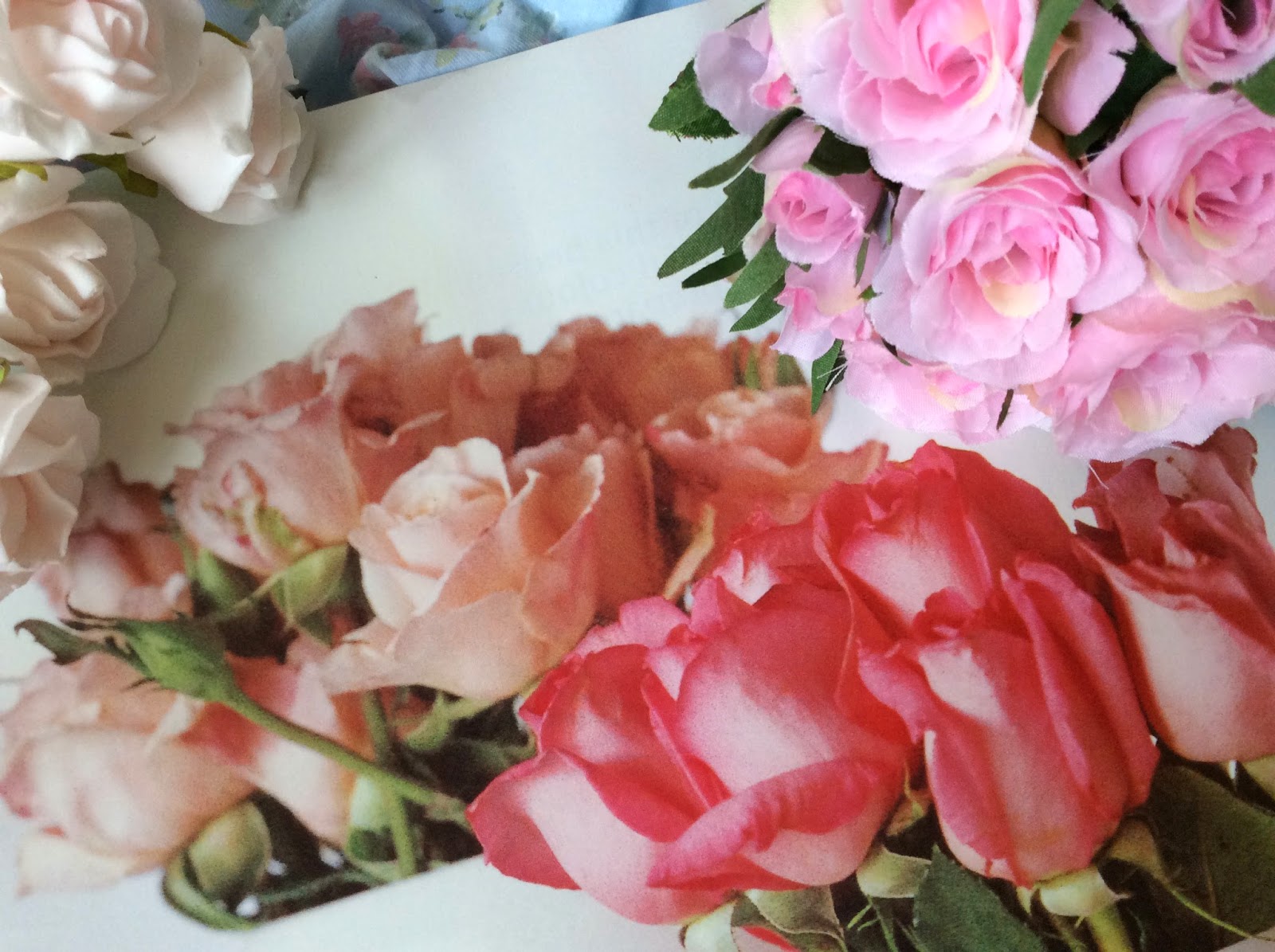 It rained all night here and is still going. As Helen says it's raining money on my garden and for all the farmers, I have to be happy about that.

In Tumby Bay there are little rows of tiny houses along the beach. They are shacks really and in the most glorious position! Amazing. Some appear to be holiday places and some clearly lived in. One stood out. First there was such a cute old car out the front... second most of the garden was made up of plastic flowers! Now I understand they get wind and sea salt spray and pretty gardens are tough to grow right there. This killed me with cuteness. I took photos and I could see inside an old lady knitting! I gave her a wave and a smile and she returned both. Good on her. Individuality and determination to have flowers! I can relate to that! 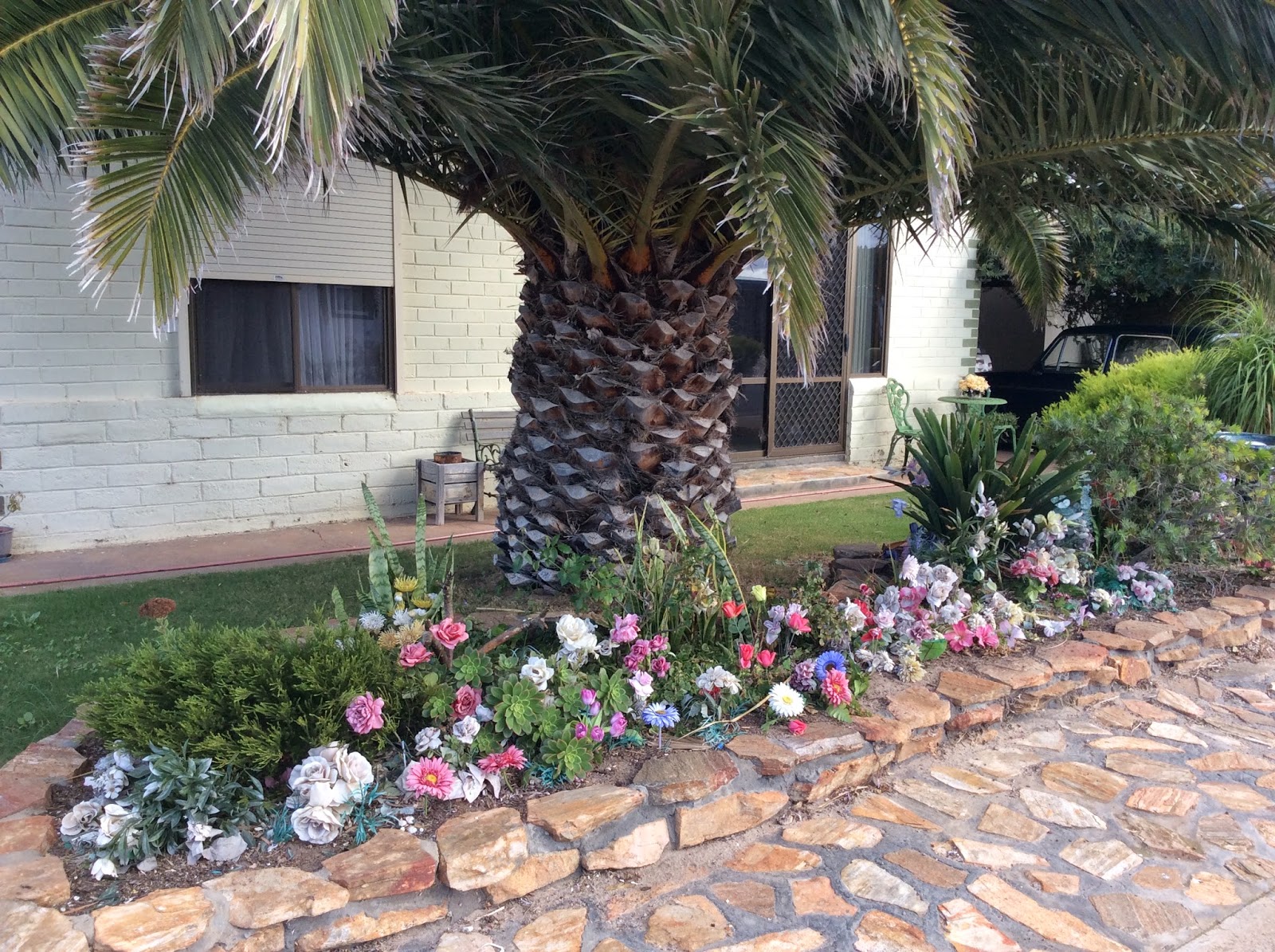 There she was knitting away at the seaside with her flower garden. Very sweet.

Today Andy called to see Wilma and Kath in the nursing home. While we were away I wrote them both letters in pretty cards I had made. I figure if they never get visitors then probably they don't get nice mail. So my prettiest cards went to them.

I think possibly the way I've told this story it may seem Kath and Wilma are friends or related but they are not, they both just occupy the same home and Andy met them separately. They knew of each other to say hello though.

Anyway Andy would mention Wilma to Kath and vise versa. I will say to Kath now I'm going to go see Wilma etc. Well apparently because of this now they take more notice of each other. And a while ago Kath told me that sometimes Wilma just sits in the lounge area and cries. But Wilma doesn't really talk to anyone so she is alone crying. (this is all awful I know)

Today Andy went armed with pink strawberries and cream lindt chocolates. I tied a pink bow about the boxes so they looked lovely. In he sails to happy greetings! Often he will text me how they are what they said and today he did, just a few minutes ago. He had a little story. As it turns out Wilma's room is diagonally across from Kath's. Kath said last night she could hear Wilma crying in her room so she decided to knock on her door and ask if she could come in. She went in and sat with Wilma and chatted to her and reminded her Andy would be calling in tomorrow being Friday. Seriously you could not dream these little visits could be so important. After a little talk Wilma was ok and decided to go to bed and sleep. How kind and wonderful is Kath? Somehow seeing them both has brought two completely alone people together a little bit at least.

This all made Andy's day which is a bonus as the last two days at work have been hideous. Wilma was overjoyed with chocolates (loves chocolate) and Kath told him her little story and was so pleased to see him. There is a moral in there somewhere, everyone was happier. Including me.