Pantries and Preparedness. The boy who cried wolf.

A few things have happened lately that have reminded me of the old "boy who cried wolf story".  In a nutshell this is someone who cries distress over and over until everyone is tired of hearing about it.  Then when something really does happen now one comes to their aid as everyone has had too many false warnings!

In the last couple of weeks we have watched countless news reports about Australians stuck in Bali.  Most are much the same, tired and distressed people wanting to come home but flights are grounded. This is due to a volcanic eruption that they were warned about for months but still thought it was a good idea to go to this area anyway as SURELY the volcano would not dare to interrupt their holiday.
The warnings have been clear,  well circulated,  there was no way to miss them.  But people grew tired of the warnings and went anyway.  Now they are saying things like "But I have children to get home to!"   Possibly they could have considered this before they left! 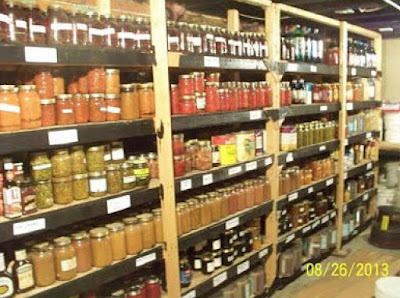 Another one has been the on and off baby formula shortages.  People in China still do not trust their own supply of infant formula and love to get it from Australia and New Zealand and I don't blame them one bit.  If I was them I would do the same.  But consequently our shelves are often bare or very low.
Quite often I see formula buyers in the car park at the supermarket.  There is usually a three tin limit so they operate in teams to each go in to one supermarket, get three tins, put them in the car, then swap until the car is full.  I have chatted to them as you know me I have to investigate!  They are pleased to tell me how they are making a great profit with this little business.
Because of understanding this shortage and the reasons for it I have always kept back up formula at my place.  Mum keeps it too.  We covered Harper with spares at all times and now we cover spares for Scarlett.  It is not hard to see the need.
I have told Lucy a thousand times to always keep ahead in formula!
The other day Lucy messaged me.  "Mum.... do you have any formula?"
Why yes I do!
She had ordered three cans of formula (the limit) three times on her grocery order.
And now three times NONE had arrived.
This could be a very scary situation.  But having a Mum and Nan who keep their eyes open Scarlett has formula.
One of my missions today is to try to replenish my reserve supply. 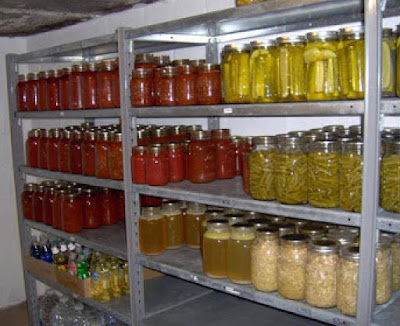 I have written over and over about the importance of being watchful.  But we all get fatigue. The news is mixed with rubbish, social engineering type stuff that has nothing to do with actual events.
So it can be quite difficult.
We also are weary of hearing the same old thing over and over.
And we are busy. It is December!

There are a few ways of dealing with this so that you are not caught wondering how you missed the signs and in trouble!
One is to always keep your pantry and preparations in good order and as a matter of habit.   Most of us have been working hard on it and I am now at my three year point as it was this time in 2014 that I got the strongest feeling to do something.  We have come so far since then!
But still being busy, distracted, letting things get a bit low... these all happen easily.

Right now I see a situation that I think is like the volcano.  For years a little fat man has been threatening people and everyone is tired of him.  While everyone tires he uses his time to work on being able to follow through with his threats!  Could this be another case of the boy who cried wolf?
There are angels watching over us even when we are blissfully unaware. 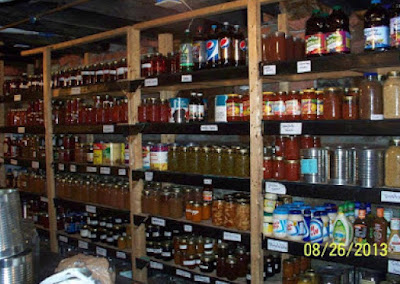 The other day I was reading Frugal Measures Blog.  Becky said the nicest thing.
She had just come home with huge boxes of bargain bananas.  She said "Yes, it will be some work but I always said if Heavenly Father sends food to me, I will work hard to put it up."
You can read that post here.

How beautiful is that!?
Then I saw that GardenPat had found a huge bargain on tomatoes.  And there she was (even though she was busy already) putting it up!

I think it is really hard to discern the important stuff from the rubbish as far as the media is concerned.  I try and was at least successful with the baby formula!  But I don't want to be like the stranded in Bali where I have ignored every warning and now am stuck somewhere I don't want to be.
It is not living in fear to be watchful.  It is our responsibility to look after our families.  This involves being watchful!

Our Heavenly Father watches over us and we watch over those we care for .
And just as I sign off Lucy has phoned saying there is "out of stock" on formula everywhere and can I try to get more?