What a week!  Overall the week went too fast and my legs couldn't keep up or that is how it feels!
But... two huge things happened.  The first is that we do not need a new air conditioner and it cost $180  all up to be back up and running.  The service guy went over the whole thing throughly and said the last man that serviced it told us a bunch of lies.  This unit should last us at least several more years.  This is like winning the lottery since it would have cost us thousands!  And we also have heating again!

The next big thing is that we have approval for a pay out on our floor insurance and have one form to sign this afternoon before the money is paid into our account.  So I shouldn't count my chickens before they are hatched but the money should be paid then and I can go ahead and book in the new floors!  Since the floors we want are a lot cheaper than the floor we had this means we have money left over to build up our emergency fund as well!  And it means my planned kitchen re organise can happen as we put all the furniture back in after this work is all done.

Both of these things are a big relief and help! So this was a big week that is for sure.

Otherwise... some of the ways I built up my home this week were:

I made a beef casserole from beef on a half price special.  It was really good and the left overs went straight into pies. 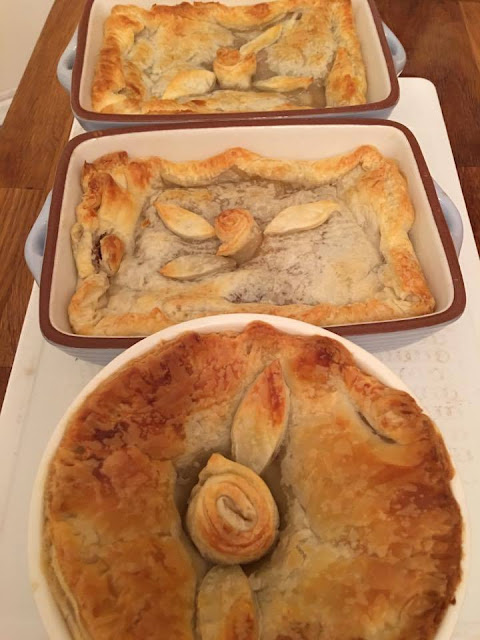 I freeze them this way, slightly under browned, so when I put them in to oven next time they will not end up too brown.

I made two more batches of yoghurt.  I decided to compare methods and ingredients.  To make vanilla flavour I added some vanilla paste and some sugar.  I also invested in a yoghurt maker so that the only electricity I need to use is to boil the kettle. 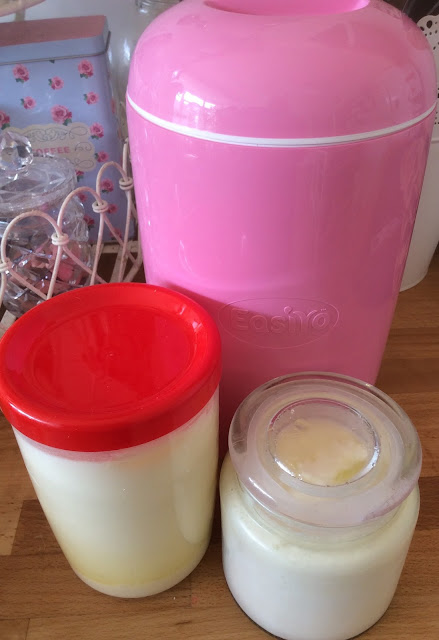 This came with the one litre container and I have a jar that fits that makes half that.  So I can make either amount.  I am looking for two jars that will sit on top of each other then I can make two containers set in the pot.  I am loving this!  It is a staggering saving too.

I had a few op shop deals.  One was some jars for my pantry. 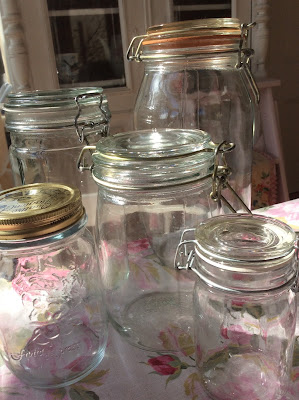 There were from 50c to $2.  They will help me set up my spice cabinet when I find it!

Also I found another teacup set for $5. 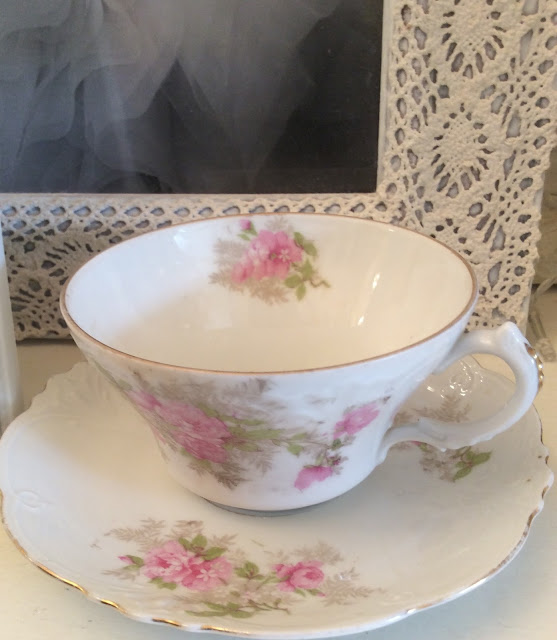 Drinking tea from a nice cup is one of my daily lovely things.  So now and then one gets broken.  This is how I get them though.  Some simple pleasures in life are  easy to add to your day.  To me this makes all the difference!

I also found a large heart shaped baking tin for $2. I thought this would be nice also for heart shaped pies!

I used up two packets of the spice mix I made to cook Vicky's Enchilada sauce.  Oh my goodness!  It made much more than the three jars I used to buy and saved about $12!  And it tasted beautiful!
I simmered the chicken for quite a while and reduced the sauce.    Then I made up three trays of enchiladas... 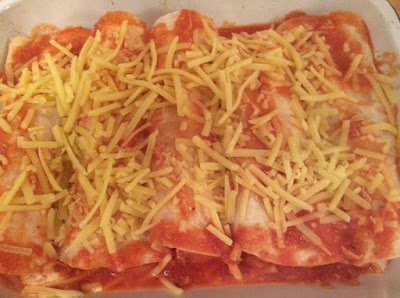 We had them for dinner and also a lunch.  I froze a tray and gave a tray to Lucy for their dinner.  She messaged me to say there were DELICIOUS.  Truly they were miles better than with the jars of sauce.  So this is something else struck from the shopping list. Thank you Vicky! 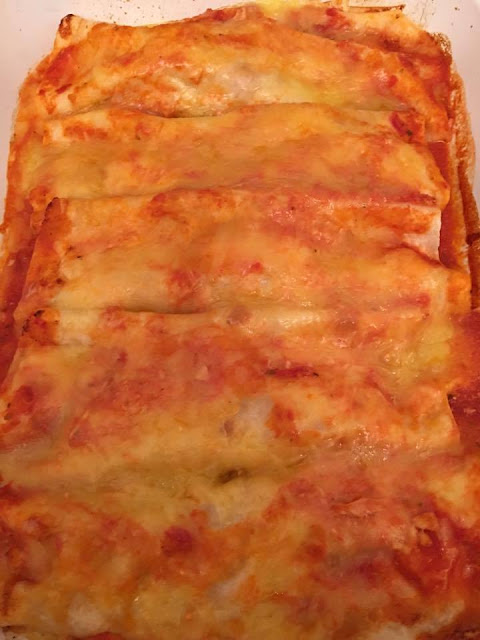 I serve the with a green salad and they look so nice!

I made soup with left over veggies.

Lemons and garden parsley were sent home with Mum when she went back to the farm. 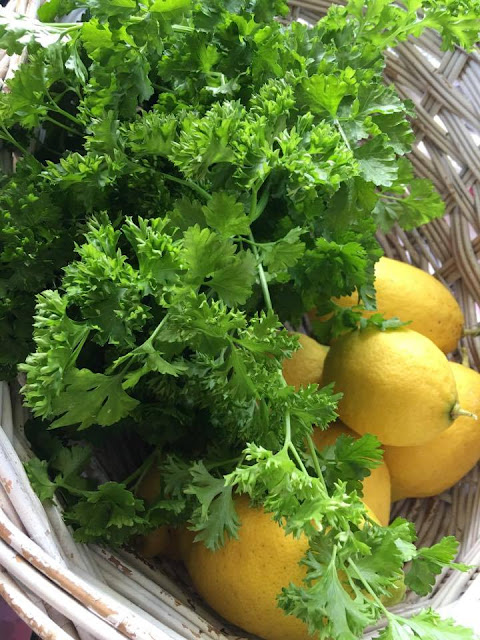 Lamb shanks were made into a curry.  This turned out really good which was lucky as I cooked 6 this way.

I made 16 Naan Bread which also used up some of the yoghurt I have been making. 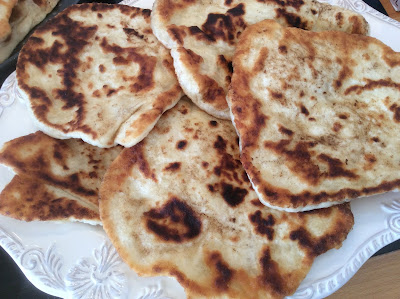 I used more yoghurt in a big batch of raita sauce and free mint from the garden.

And I made two loaves of bread which I need to slice up today to freeze.

I think that is about it.  Everything else is the usual stuff!  Yesterday Harper came over for most of the day.  We watched a ballet performance on you tube and she didn't move a muscle. It went ages and ages and at the end she clapped furiously then said "more!!" so we watched it again!

I don't have a clue how much I saved on my Vicky Challenge, I will work it out over the weekend. It was quite a bit though.

I hope you had a good week!  How did you build up your nest, save, get ahead?