Thank you for all of your beautiful and kind messages, emails, comments... everything.   I have truly felt supported by prayer.  Here, a week later, we are upright and the whole family has been wonderful and helped each other. I have stayed several nights with Mum and I liked being there, at the farm, with things are they always were... so familiar and comforting.

It is a case of getting every thing you ever wanted and every prayer answered and still being sad.
But you can be grateful and sad at the same time.
Twenty three years ago we nearly lost Dad and we prayed and prayed to keep him here.  He got to see the girls grow up and be so close to them.  All those bonus years!!   Then this time last year we nearly lost him and he had a pacemaker put in. And he had a whole extra year!  And boy did he use it!
Next I was praying he would get to see Sidney born.  And he did!  I was the one to tell him of the arrival and when I rang him it was the happiest I have ever heard him.  He was so so over the moon with the births of the other Great Grandchildren.  This phone call was probably the happiest I have ever heard him!  He just kept saying "oh that's marvellous, oh that is marvellous, who wouldn't think this is marvellous..?"  haha!   And then when I told him that  Sidney's second name was Thomas (after him) he was just about off- the- planet -thrilled. He said "they didn't have to do that"  but added something like but he honoured that they did!   Oh, that was a beautiful phone call.
Next thing I was praying he would get to see Sidney... and he did!     And I was so grateful and have photos of that beautiful meeting with Dad's arm around Lucy and them both beaming.

More recently we had wonderful talks and visits.  I had chance to ask him everything I could think of.    He was so very happy with me being here, how he could come anytime and sit at my kitchen table and I would sit down and talk with him.  I knew to stop and spend that time.  I always thanked him for coming.  He would stop and inspect the veggie garden on the way out, usually carrying a carton of eggs.  Then he would cast his eye around the garden and the paddocks happily.   His great plan had come together  to the extend that all his children, Grandchildren and Great Grandchildren are securely living on parts of the farm.
He was a planner and a thinker.  He knew what needed doing and he made a way.

Only in the last two weeks I had a change.  I stopped asking for extensions and for the first time I asked that Dad would get his wish to go suddenly and quickly which would be home on the farm.  He didn't want any more hospital stays.  He didn't want to stop working and sit around.  He couldn't stand it.  He didn't want to get too old...or unable.  So I prayed he would get things how he wanted them.
And he did.

I got everything I ever wanted and prayed for and it comes with a mix of gratitude and sadness.

Dad and Mum created an amazing home over the years.  Staying there is so nice.   I am hoping some of my pictures give you an impression.   In bed at night the sound of frogs is so loud and continuous! Like a chorus.  This is how it sounds during the day... turn the sound up.   This pond is out my bedroom window by about 50 yards.

The birds at the farm are beautiful.  Blue Wrens are my favourite but they are tiny and jumpy!  But I don't need a special camera, the bigger birds are so friendly I can just use my iPhone for a photo. 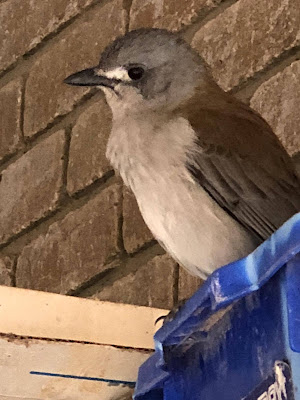 This is one of the Grey Shrike Thrush sitting on a friends foot in Mum's garden...(up with the volume again.) 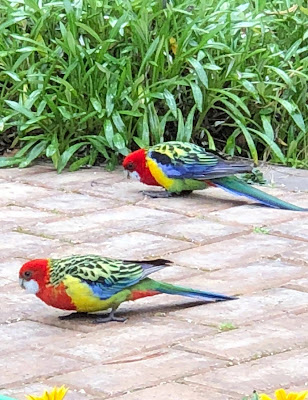 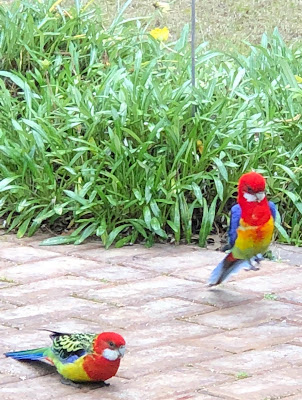 I will report what I can as far as home and pantry building goes.   I picked Bay Leaves and Lavender and have them drying near the fire. 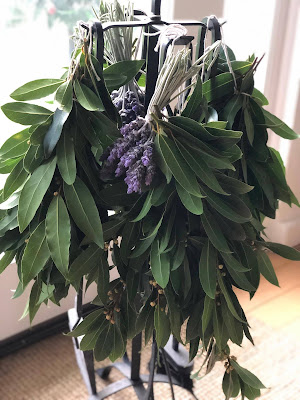 And as there can never be a dull moment I have two new lambs.  They are not tiny babies but three or four weeks old.  This makes them harder to get feeding... although I will not have to feed them for very long.  And they run away until they settle in so you can see this one is on a lead.  Hopefully by tomorrow this won't be needed anymore but I can't chase them around the paddock to catch them as they are too fast! 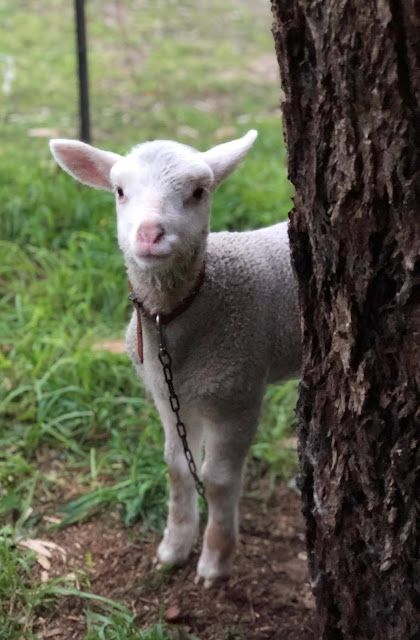 My story shows that the work we do in our homes and for our families affects many generations greatly.   The Great Grand childrens' children will be reaping the benefits of Dad's love,  work and planning for them as I will be for the rest of my life.  So much gratitude.

Be encouraged.    In these times we face many challenges!   It is not easy.  But our God is a Way Maker.  Dad was a way maker...  and so determined.  And prayer makes a difference.   Dad left a note about God being with the patient.   Working with out head and our hands.   And how God helps those who help themselves.  Hence he was a worker.  He was the hardest worker I have ever known.

Please tell me about your week.  I hope you found ways to get ahead, build up your pantry, preparedness and garden.xxx