It was a better week.  Or I coped better.  I was very humbled by many replies, messages, emails, hand written letters and calls and the things some of you are going through due to lockdowns and quarantines etc.  I have no words to express how sorry I am for those separated from loved ones especially the sick and dying.  It turns out this is more common that I would have thought.   So this makes our situation look minor.    As for our situation... thank you to everyone who had suggestions.   All week the family worked on finding ways to keep Lucy and family safe and able to get medical help if needed.  And feel supported.  Dad came to see me.  He kept saying "don't worry, don't worry."   But he didn't say what he was doing...  I really can't go into that here but some of you were on the right track with your suggestions.   To further dishearten Lucy two of her farming neighbours moved out this week.  They cannot stay and continue to farm and have their children educated and have medical access so they left.   There are a lot of farmers in a desperate situation as of midnight tonight.

I decided to do all I could and pray hard.  We made the most of the opportunity presented this week to still see Lucy, the girls and Sidney.  I travelled down with two cold packs full of cooking.   The day before I made two big pots of spaghetti sauce then two large lasagnas. 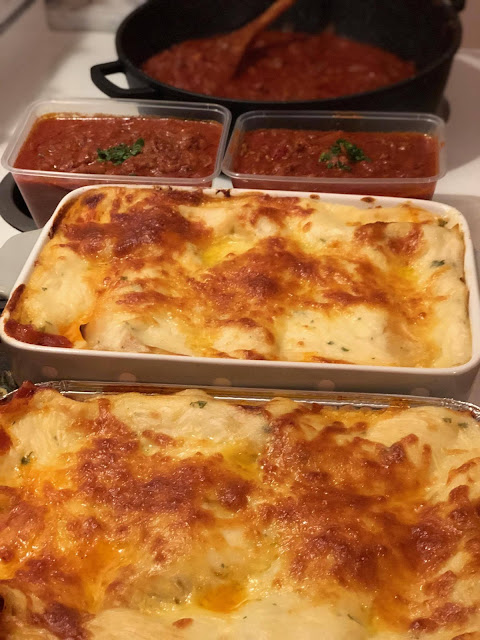 I did a tray bake of sausages and veggies and a potato bake.
And cup cakes of course.

We had a beautiful time together.  Now to hope we find a way to do this next week.

I did have days where worry and nerves got me.  I am hearing of just so many businesses closing. Due to the border closures even a key medical clinic had to close. The vet for many cannot go to the farms.  The local hospital is short of staff as nurses can't get to work.  I could just go on and on... I think is this Australia?
Now is the time for the full armour of God.   To pray more.  To really be thoughtful and prudent.  To use the skills we have learned and learn new ones!   When stuck I still think of Elizabeth Elliot's "do the next thing."  Yes... just do the next thing and then the next.  This stops me from being frozen and not knowing which direction to go.

Some of the other ways I found to build up the home and our preparedness were:

In "buy swap and sell" I noticed a beautiful antique chest of drawers with the curved front.  I would call this Baroque style maybe but not sure if that is right.   I have always loved them.  It was $150.  Compared to what I have seen this wasn't too bad however I wouldn't pay that.   Then I noticed that add said "and also a Kelvinator Upright Freezer" and the price was for them BOTH.  Now I was interested! But you never know if an electrical appliance is any good and working.... so we went to inspect and when we arrived I knew the man selling it!    He was someone very nice from my old home town. So I had no worries with buying it!
Now I have another freezer in my "collection."  Freezers have been very hard to get.  Many have searched for freezers and they are a rare species like caning lids and all things now so sought after.
The drawers need some work and I have a plan...

I had to think fast about where to put this freezer.  There was no obvious place.  But I found one.  It involved moving a set of shelves out of the kitchen.  I unloaded that and re homed everything.  Once you start on a project like this it seems endless.    The shelves have become much better shelving for my laundry... where I also had to take everything apart, get the shelves in and re do it all.   But now I have a much better system and know everything I have (and how much) in the laundry.

Beautiful free little succulents came my way.  I am thrilled with them.   For now I quickly potted them up so they get root systems. 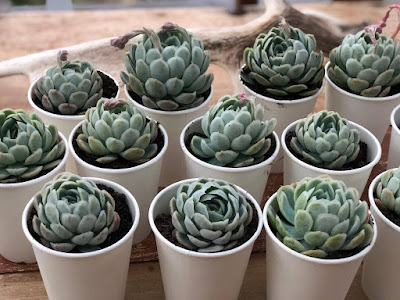 I used paper cups to have enough small pots. 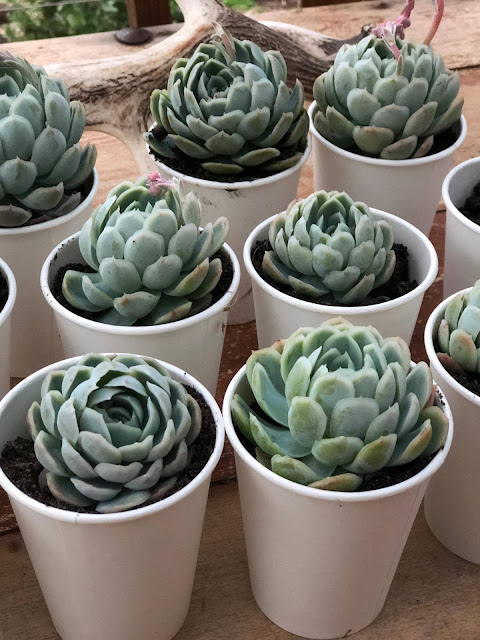 I put a big pice of corned beef in the slow cooker for the day.   It was so big it didn't fit so I cut it in half and made it fit!   Later I rolled one piece in cracked pepper and olive oil. I then baked it. Then you have Pastrami.   Andy loved it.  I stood and make a dozen man sized rolls with cheese and corned beef or cheese and Pastrami.   These went into the new freezer.   I use the plastic bag the rolls came in with a paper towel between each one.  These are so handy! 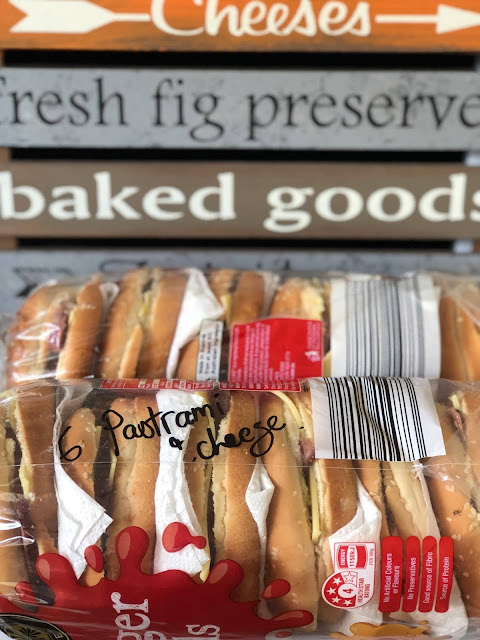 While the fire is still going I continued dehydrating herbs and veggies.  I am building a collection in my special cupboard. 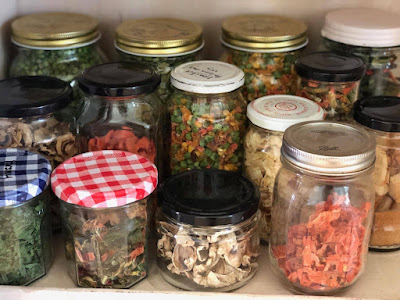 We had rain.  Tuesday night we had a whole inch!  We woke up to a lake out the front!   We knew that the front paddocks can become wetlands in a good year.  But I have never seen this until now!   From the kitchen and lounge room windows we now see water and ducks.   I hope to show some photos next week.  And it is still raining!

I was given some lemons.

I wrote up my week early as I had a day of appointments today.   But last night  before 10 pm my brother rang.  He was at Mum and Dad's and Dad had died.  It was sudden and I don't think he suffered any pain.  I knew this day would come and I knew it might be soon.
Last week Danny on Deep South Homestead had his Dad in hospital and he said he just doesn't want his Dad to suffer.   His words leapt out to me over and over all week I thought of that.  I don't want Dad to suffer.   Dad would never want to be incapacitated, stuck at home,  unable...   that would be suffering to him.   So I kept these words with me.  And I knew it was coming.  And Dad did not suffer.   He also had said, in a more recent near miss, that he wanted to die at home.
He was also very happy.   He was over the moon with the birth of Sidney.  He got to see him.  He was so happy he completed his plan to provide for us all, for myself and Chloe and Lucy who he set up on properties to become theirs.  He wanted his Great Grandchildren to be secure.  He worked all his life beginning when he was about 11 and kicked out of school for being left handed and called stupid.  He taught himself to read and became the most widely read person I have ever known.  He helped many people in a private way so no one ever knew.  Some of these stories may come out now.
I have been incredibly blessed and my girls have been incredibly blessed as he was like their own Dad as well as mine.  I just could not have been luckier.  Dad was an overcomer.
When Dad left from his visit he was confident he found a way to give Lucy and family access to medical help and all they need.   When he left I thanked him for coming.  I always thanked him for coming.  We always sat at the kitchen table (which he insisted I had to have) and drank from his special huge cup and saucer.  As he drove off he hung his arm out the ute window and waved.  I had a feeling then it might have been a wave goodbye.   So again I thought of "I do not want my Dad to suffer."