It has been a huge week!  I sound happy as I am home... but we had two nights away in Adelaide.  It was good in that we did so much in a short space of time.  I figured if I have to go then I will take the opportunity to do some stocking up and get appointments and so on out of the way for a good while.
Mainly I didn't want to leave and when I was there mainly I just wanted to come home!
I guess it is a good sign that I love it here so much I just want to hurry and get back!

Chloe came over to check on everything, feed everyone and water.   She said Eddie came running up to her but then when he got really close he stopped dead and looked at her in a "you're not my Mum" glare.  Then the calves came running and they did the same... they got close then stopped and wouldn't come any closer!   Maybe from a distance we look alike?  Well, they were not having any of it!  Another blonde in a cardigan is not enough to fool them!

When I got home I called Laffie and she ran over the hill so fast and galloped down to the fence.  I wish I had my phone to film that!  But last night I filmed a less excited version.  She is very good at coming when she is called.  I am going to post the video on Bluebirds Facebook page and The Tuesday Afternoon Club.  Not that it has anything to do with craft!

Some of the ways I got ahead this week were:

I did a big stock up shop at Aldi.  It has taken a while to break up the meat packs and divide them into meal portions and get them all in the freezer.  But this gets so many meals ready.  Some things at Aldi are so much cheaper than in the county towns.  I do plenty to support my local towns but sometimes you need to stock up and save!

I also added three roasts to the freezer that were a fantastic price.

I had so much op shop success.  On the day we arrived we went to two different op shops.  While Andy found books I found the cotton waffle weave fabric I have been wanting to make kitchen towels and cleaning cloths.  Also a box of bottles.  The next two days we went to another few op shops including a favourite one on the way home.  I got so much for the cottage!!  I have two beds,  two as new mattresses, kitchen crockery, implements, glassware, mugs and cups... pretty much everything.   I buy all white crockery so then everything matches.  But I made an exception for these cups and saucers as they go with the cottage nature theme so well... 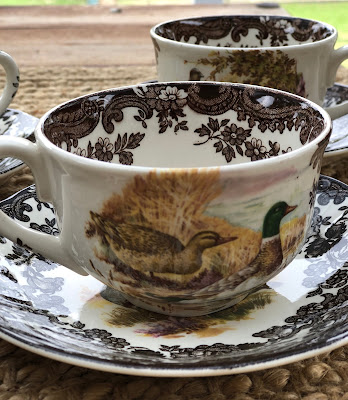 I have a set of six and each one has different birds.  Imagine them on the cottage dark wooden table.

So one bedroom and the kitchen is stocked (except for a fridge) for about $200.   The beds are old wooden and lovely dark wood which kind of matches the dining set.  They were $20 each!  Also a fourth mattress protector so now the four cottage beds all have one.
What else did I get?  A dress I love in a favourite brand ($5) A brand new white bath sheet,  a set of pure cotton as new king size bed sheets, Elsa games and puzzles for the girls,  a 3 m length of pale blue cotton fabric.   As op shopping goes this was just about a personal best! Two rooms of the cottage are basically supplied now.

On my days at home I continued to sew a bit each day.  I made produce bags and keep lettuce, ham etc fresh in the fridge bags.  Some are for myself and some are for gifts.   I can't stop making these it seems! 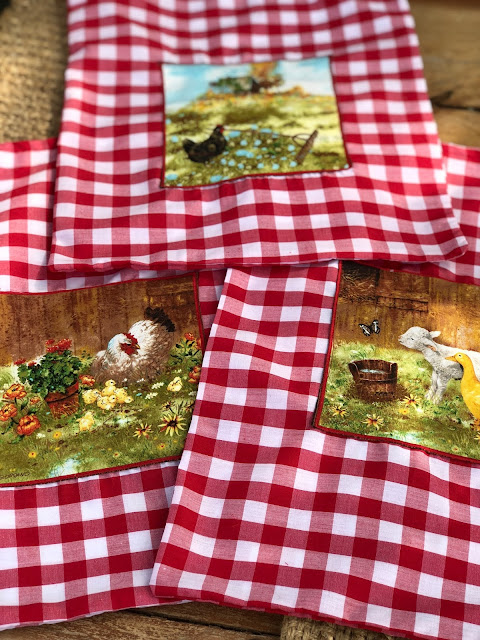 The little chickens and lambs are so cheerful to me. 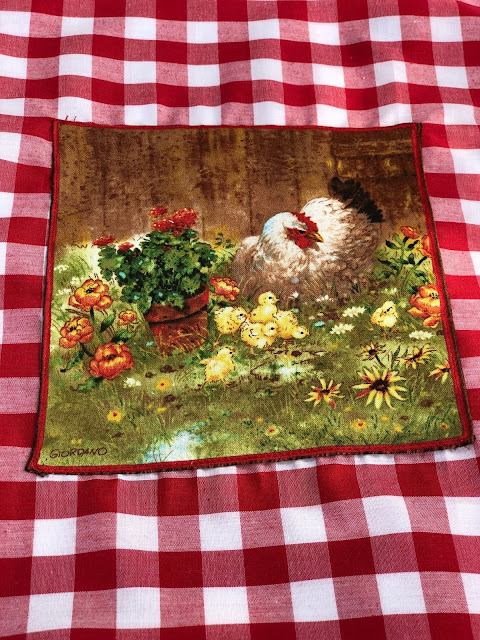 I made another set with calico and lovely little animal panels and braid I had in the cupboard.. 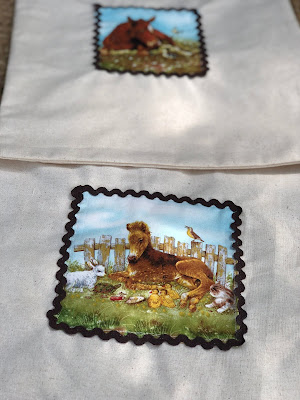 I came home from the city having cleaned out Mum's pantry of stale cereals and so forth.  I brought it all home for the animals.   The chicken and ducks had the cereals.  Scout got half a hamburger I could not eat!  The calves, goat and lambs got serval packets of biscuits!  You know how they love biscuits! 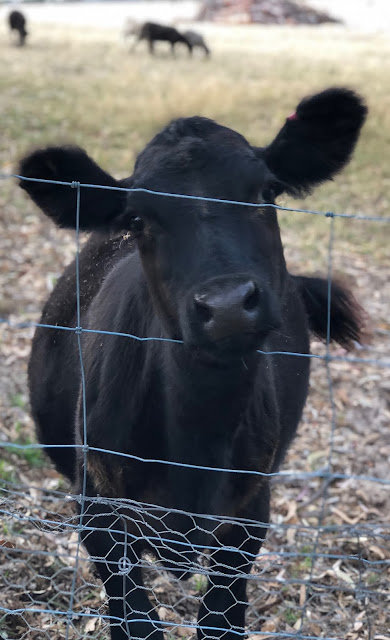 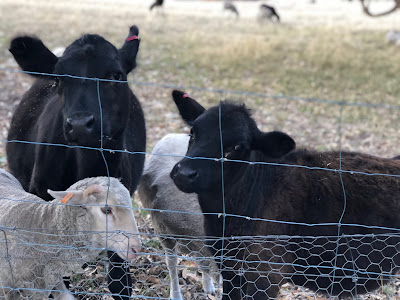 In the garden I added a Bay Leaf tree, Rosemary and Broccoli.

Preparedness wise we added a small fire proof safe.  After evacuating in the fires I realised if documents were kept in a safe this would be one less thing to worry about and wise anyway for the really important stuff.

Yesterday was spent unpacking, loads of washing the linens and fabrics I found.  In between I kept going to say hello to the animals.  Everyone has had their noses rubbed a hundred times!

So it was a wonderful week.  I really did get ahead in many ways and I feel the cottage project is going well.  We also have mild weather.  This has helped the garden and animals too.  Dad tells me that the apples on the big old tree should be ready in a couple of weeks.  I have many plans for them!

I worked out how to add a video!