Well, this was NOT a good week.  It was a shocker!  I will first say today is a beautiful Spring day.  Everyone is ok and we are home.  But Andy wasn't well and they thought he had a heart attack.  He was flown to the city by the Royal Flying Doctor and had several days in hospital.  It has turned out that it is his lungs that are the problem and a lung infection plus there lung problems that convinced them it was a heart attack.  It is still not good but it is better than a damaged heart.  It was such a shock.  You are just in shock that is all I can say.
Chloe was also unwell.  I had three animal babies on twice daily bottles and three hours each way to the hospital.  So you get the idea.

Andy is up after a massive sleep and looking and feeling good.  I on the other hand look like the creature from the Black Lagoon and feel like I have been run over by a train.  I am also overwhelmed by things that need catching up on but today just can't do much about them.  So these are the times we talk about.... making hay while the sun shines so that when the sun isn't shining so much you have meals in the freezer and things were basically ok.

Some weeks are good if you just make it out alive!   Literally.

BEFORE any of this happened I was busy doing the usual stuff.

A little patch on the side of our yard was fenced in.  This gave us a lovely little animal yard.  To get Laffie and the lambs in there I broke out a packet of biscuits and they just followed me in a reverse procession (to last time) into the yard!!  Then they had a great time as they were knee deep in grass! 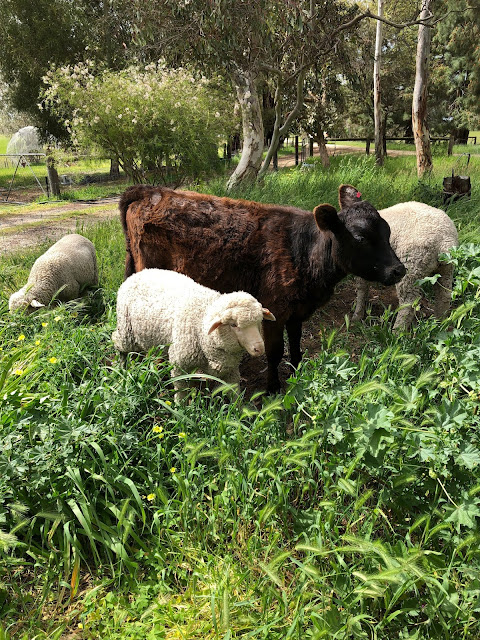 When I say lambs they are still as sooky as lambs but now they are sheep! 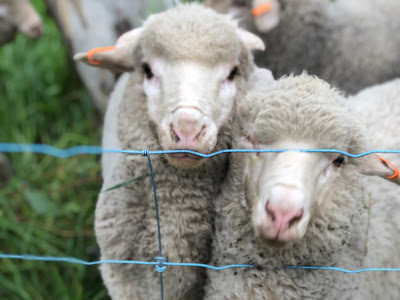 Haha!  Sheep that still want a bottle and like biscuits!

Meanwhile the two actual baby calves are doing well.  Georgie learned to Moo.  For the first three weeks he could not moo he just tried and made dreadful noises.  I figure this is a milestone like when your baby first sits up!

Eddie spends his days leaping, climbing and he even stands on the calves and bugs then so much but they don't seem to mind.  At night they all snuggle up in their little hut together, which is very cute. 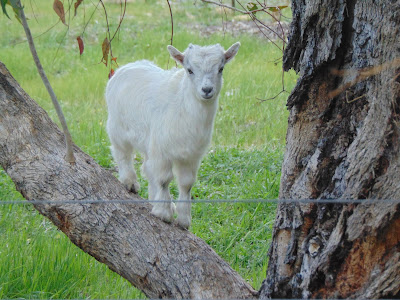 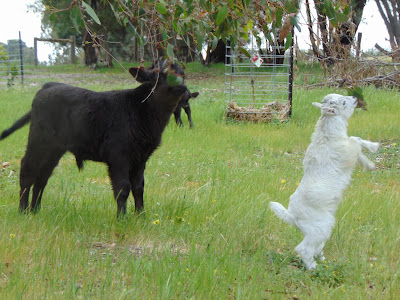 I had made a Banana Cake for the girls and threw sprinkles over it to make it pretty.  This ended up going into the freezer. 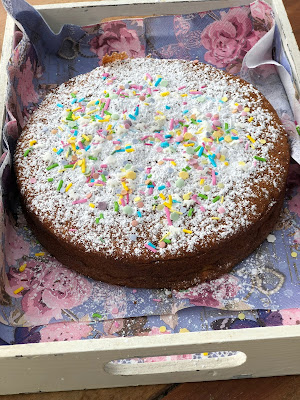 I have to comment on Scout. They say pets are good for your health.  Even when you are worn out or gloomy Scout MAKES you play with her.  And laugh. Her enthusiasm is contagious.   She is also big now!  This is her favourite Frisbee.  She runs around with it like a halo on her head. 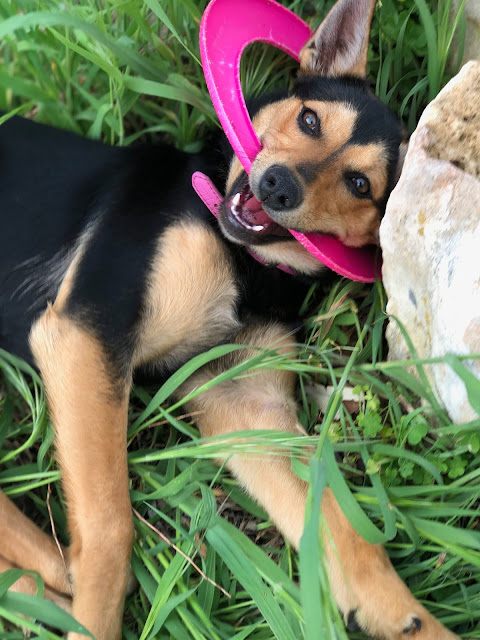 Also before everything happened I had been working on a Christmas present.  The links to the video with instructions are up on The Tuesday Club.  In winter even though I was wearing leather boots a few times I got wet feet.   We were working all day in the grass cutting wood and hauling logs and so on.  I discovered moisture can come in especially via the stitching on your boots.   I found a recipe to make on one of my favourite You Tube channels Prepsteaders. 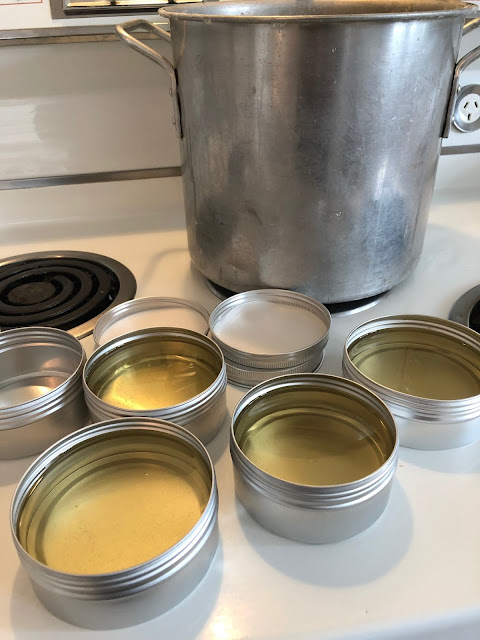 The melted mixture is more or less clear.  Then it sets to a white polish. 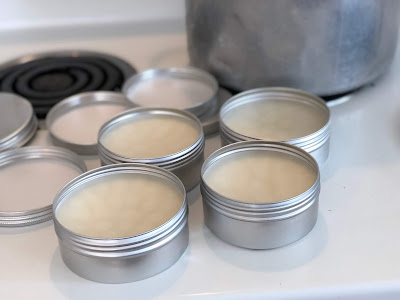 I thought this would be  good gift for the farmers and for the boys as I have a harder time making boy gifts!   I have found some nice shoe cleaning brushes.  Next I will make a stack of soft polishing cloths. Then I will make up kits with instructions soon how to use it.

After a week in the little yard Laffie and the lambs left it looking as if the lawn mover had been through.  Once again we walked down to the big paddock with a packet of biscuits as bribery.  Easy as that!

I achieved a goal and bought a spinning wheel. It needs a couple of minor repairs. But yay! I found it on Facebook buy, swap and sell for only $85.   The lady was just lovely and gave me contacts if I need help getting going.  Shearing is coming up sometime soon then I will have wool!

I ordered online an apple peeler and corer.  The ones that you turn the handle and it peels the apples.  Nan had one. I used to love turning the handle.  Last year I peeled and cored hundreds of apples.  I hope we have an apple crop again at the end of summer.  So this was a kind of investment.

My Dyson stick vac seemed to be dying.  I ordered a new battery and ta dah! I read an article that thousands of stick vacuums are thrown out because people just buy a new one rather than clean it properly and replace the battery.

Well, that is my week.  Most of my achievements were before Monday when Andy went to hospital.   The rest were just getting through the week.

I hope you had a good week!  How did you build up your home, feather your nest, get head in your pantry etc?